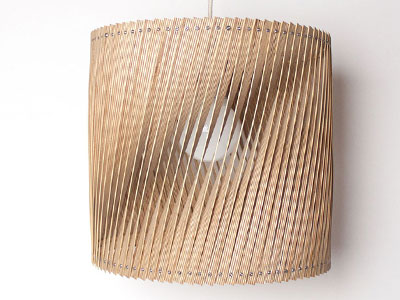 A series of suspension lamps made from multiplex board leftovers which usually gets discarded by the industry. 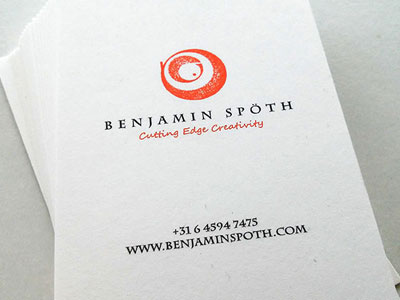 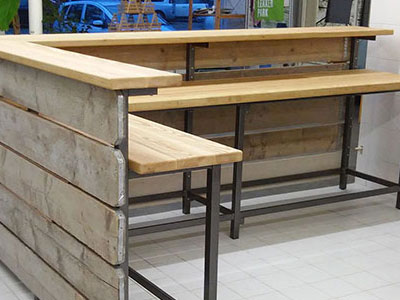 A shop counter constructed from steel and wood. A custom made furniture for a new restaurant from a fellow workplace neighbour. Measurements and shapes are fully designed according to her needs. 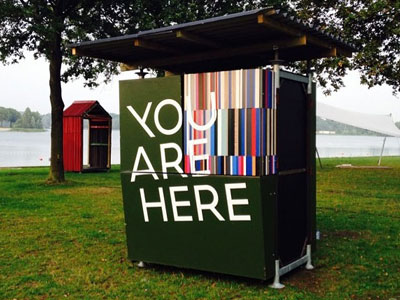 A pop-up-kiosk for Eindhoven 365 - the formal city marketing organization of Eindhoven. This handy kiosk was used on several events and festivals in and around Eindhoven. 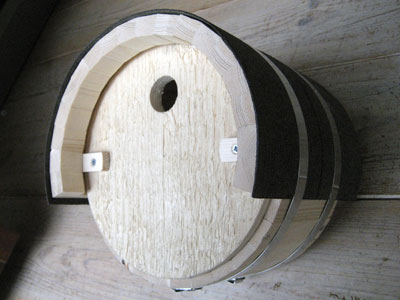 The ideal bird house for a variety of domestic birds. This work won me the first price in a design competiton initiated by Ontwerp Platform Arnhem and Dwarswerk. This project for is not online. 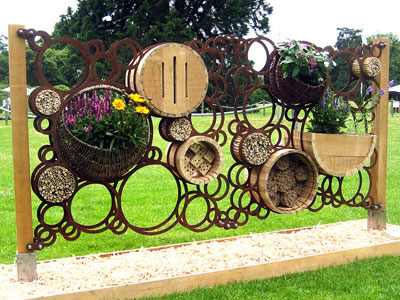 Beetles, wasps, bees or moths: all are welcome in Pollinators´ Paradise, a modular garden fencing system to provide food and shelter. 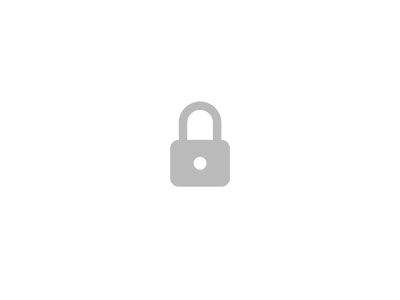 How to improve the safety in kitchens? This was the starting point for a bunch of ideas and solutions for improving the comfort and the safety in a kitchen. The result gave me the opportunity to do my graduation project together with kitchen brand Bulthaup, Germany. 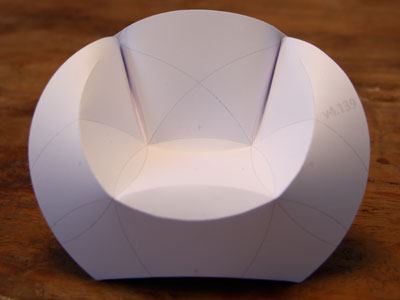 Chairs produced on demand, anywhere and any time, was the main idea of this project during my internship. Asimov is a chair folded from sheet-material by robots.

A wall clock with a minimalistic and soft appearance which unifies entity with time. The round watch hands move in a continuous flow around each other. This project is not online. 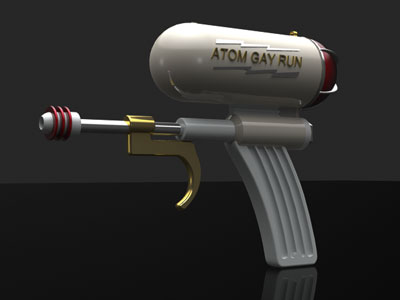 This Gun was build with the during an introduction Rhinoceros class. 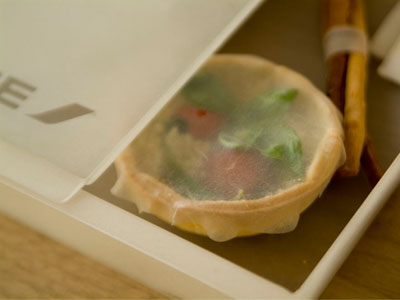 Together with a fellow student did I participate in a competition initiated by Air France. With our work did we convinced the jury of Air France and won a Prix Speciale de Jury. 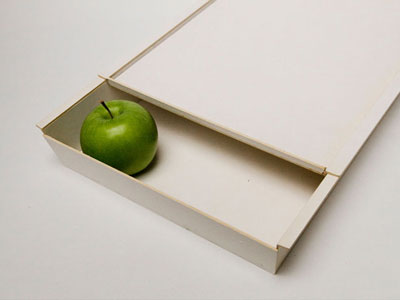 Air France initiated a competition for (one or two) students. The assignment was to redesign everything around the food-serving in their airplanes - tray, plates, cutlery, containers, etcetera.

A board-game projecting lamp. This working prototype of a ceiling lamp can project shapes of various game-boards onto a tabletop. This project is not online. 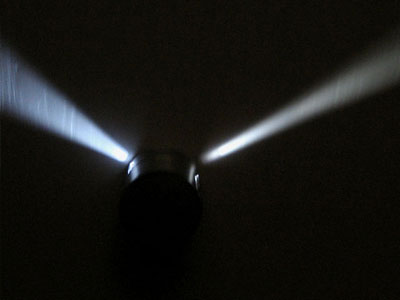 A wall clock with hands of light. 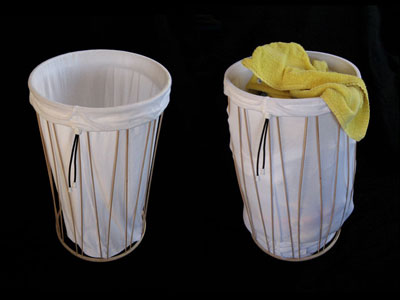 A laundry basket that grows bigger in size. The more laundry is in the basket the bigger the basket gets. 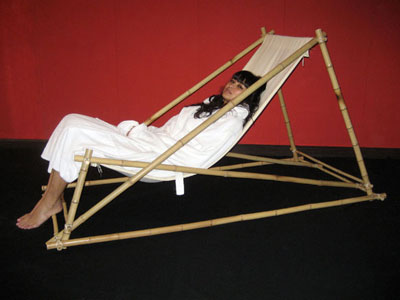 A foldable sunlounger made from bamboo, fabric and rope. Bamboo One is easy to build up, a lightweight, a low tech construction, cost efficient and needs little storage. 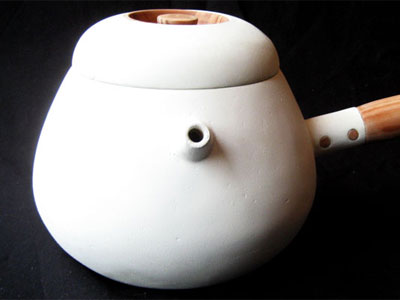 The pour of this teapot is arranged in an 90 degree angle to the handle. This makes pouring easier. The long handle enhances the use.

Just don´t do it

The assignment design expressive containers led me to create a series of ashtrays that communicate with their user in a more or less subtle way to put that cigarette out, smoking harms, reduce smoking - or ideally - quite smoking. This project is not online. 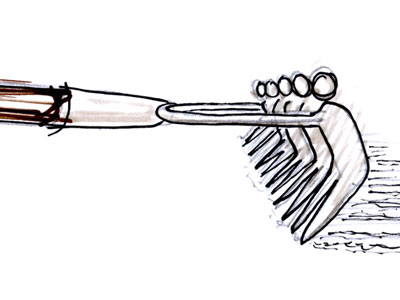 Design products in the style of the famous Italian brand Alessi - was one assignment during my study. Here you see one of my product interpretation worked out. 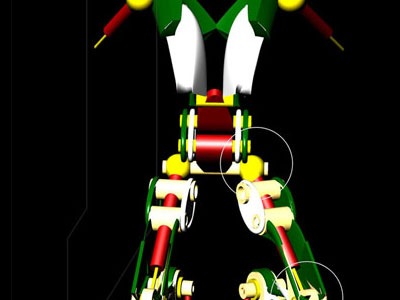 Just for fun - sketching a series of robots. After telling my tutor about it, the robots became a part of an assignment during his class. I translated one sketch into this 3D drawing. 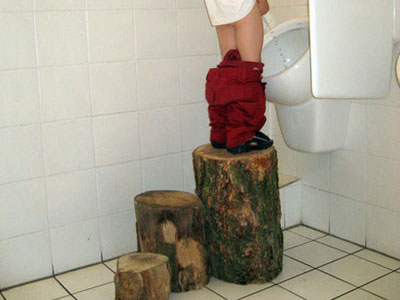 Support for kids and parents

These supporting stairs empower younger kids to use this restaurant restroom completely on their own! They were made for a Mother and Child Day event in a restaurant. 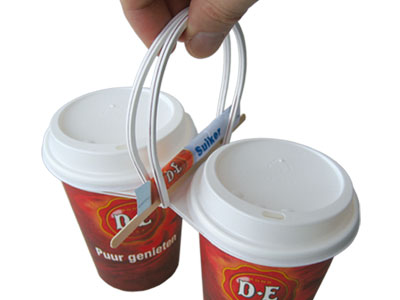 Very helpful holders for your cups full of burning hot coffee. These holders had been developed by me during a collaboration between the Design Academy Eindhoven and Douwe Egberts. Finally, two of the many ideas have been acquired by DE! 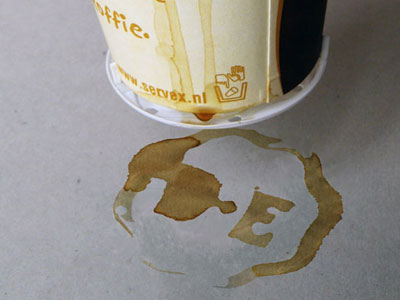 Leaving the DE logo of Douwe Egberts as a coffee ring behind. Just a drip of spilled coffee and this little stamp like piece of craft under the cup will do the trick. 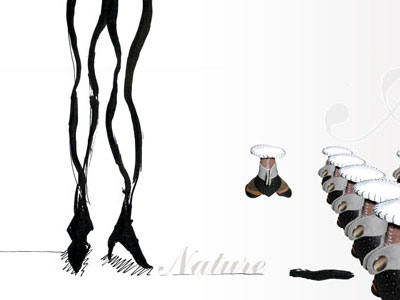 My minor-subject during my third academic year was called Atelier 3 and it was pretty much about art. It was great fun beside the rather harsh climate in my major-subject. 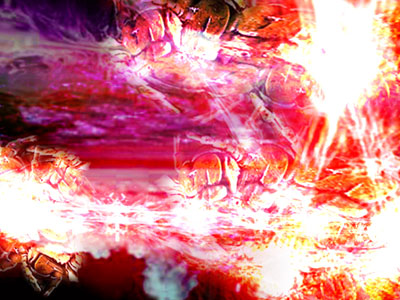 Two sets of three digital paintings. One series in black and white and one series colour. The theme is based on paintings from 2005. 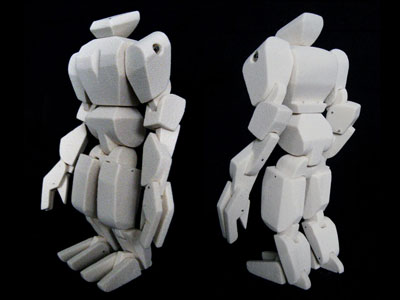 This robot shape is made from modelling-foam. Damian evolved from a study of robots. 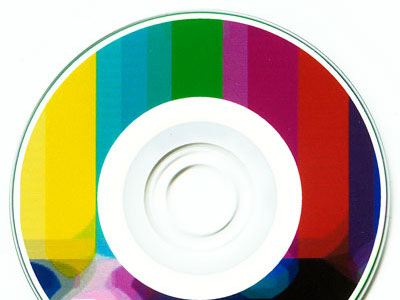 This video was created during my first academic year. It is starting with a standard test pattern. The pattern changes in colour and shape matched with a tune of Apex Twin. The assignment was to use at least ONE filter (: 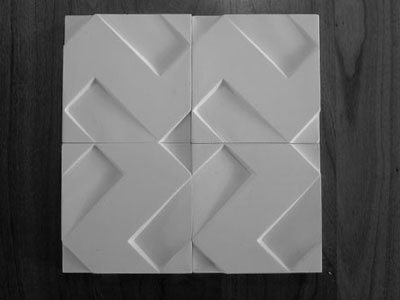 Four tiles made from ceramic. The assignment was to design a tile, to make a mould for them and to produce that tile four times. 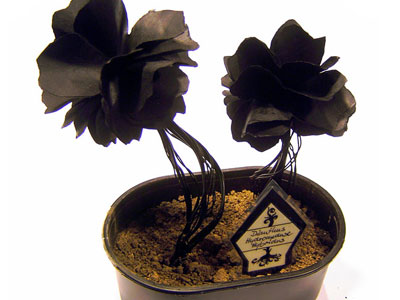 A prediction in 2004: Professor Futura participated in a gen-food design-contest in the year 2014. He succeeded in crossing several species of flora and fauna in order to fight world hunger.